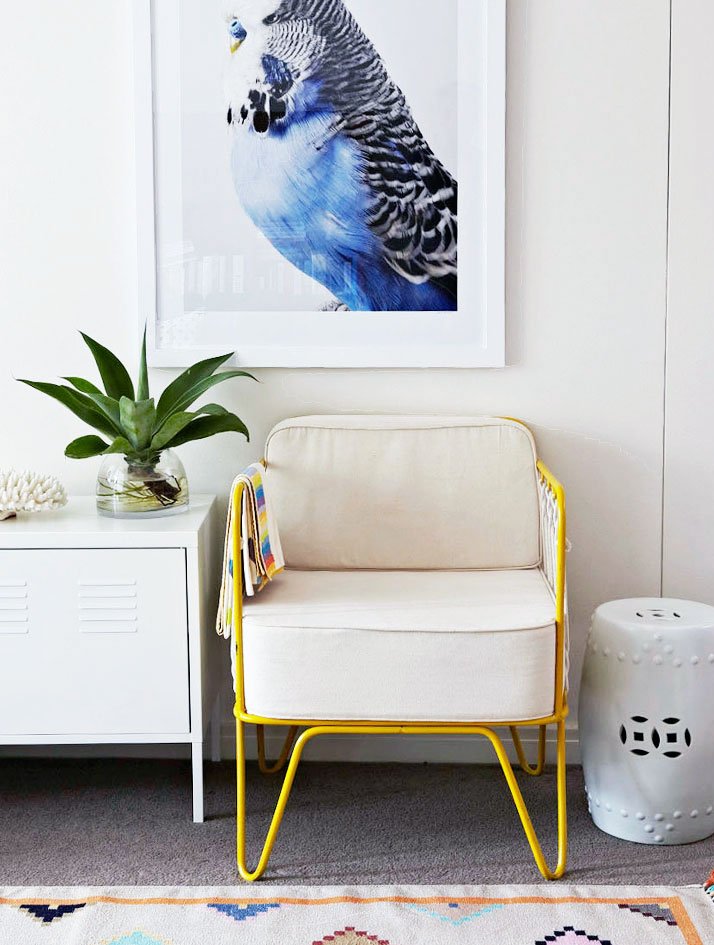 Although the Tye Street Project isn’t complete, I have a new project to share with you! The thing is, this project is much smaller than Tye Street so I’m hoping to share the finished result by mid-July. The Tye Street Project, on the other hand, is taking its sweet time and won’t be ready to share until the end of the summer (it’s getting so close, I’m just finishing the last room now)! But back to this new project. The Court House Project is really a pool house, but it was built by a tennis court so it’s called the court house. More than anything, it’s a carriage house, because it includes a little kitchen and bedroom, and I had the absolute pleasure of re-imagining the living space in the house, a spacious room that includes the kitchenette. As you can see in the before pictures below, the floor is terracotta tile (it was built in the 80’s), walls are an off-white, and there’s lots of wood trim. But the great thing about the room is the light – it has a dutch gable roof (glass on either end) and lots of windows!

I wanted to brighten the space and create a casual, comfortable, but sophisticated space that accommodated both sitting and dining. The obvious design-route to take would be blue and white, and while there’s nothing wrong with a little blue and white, I didn’t want to space to be predictable and I wanted to incorporate a mix of elements that added a little bit of the unexpected, while keeping it casual.  Ready to see the before pictures? 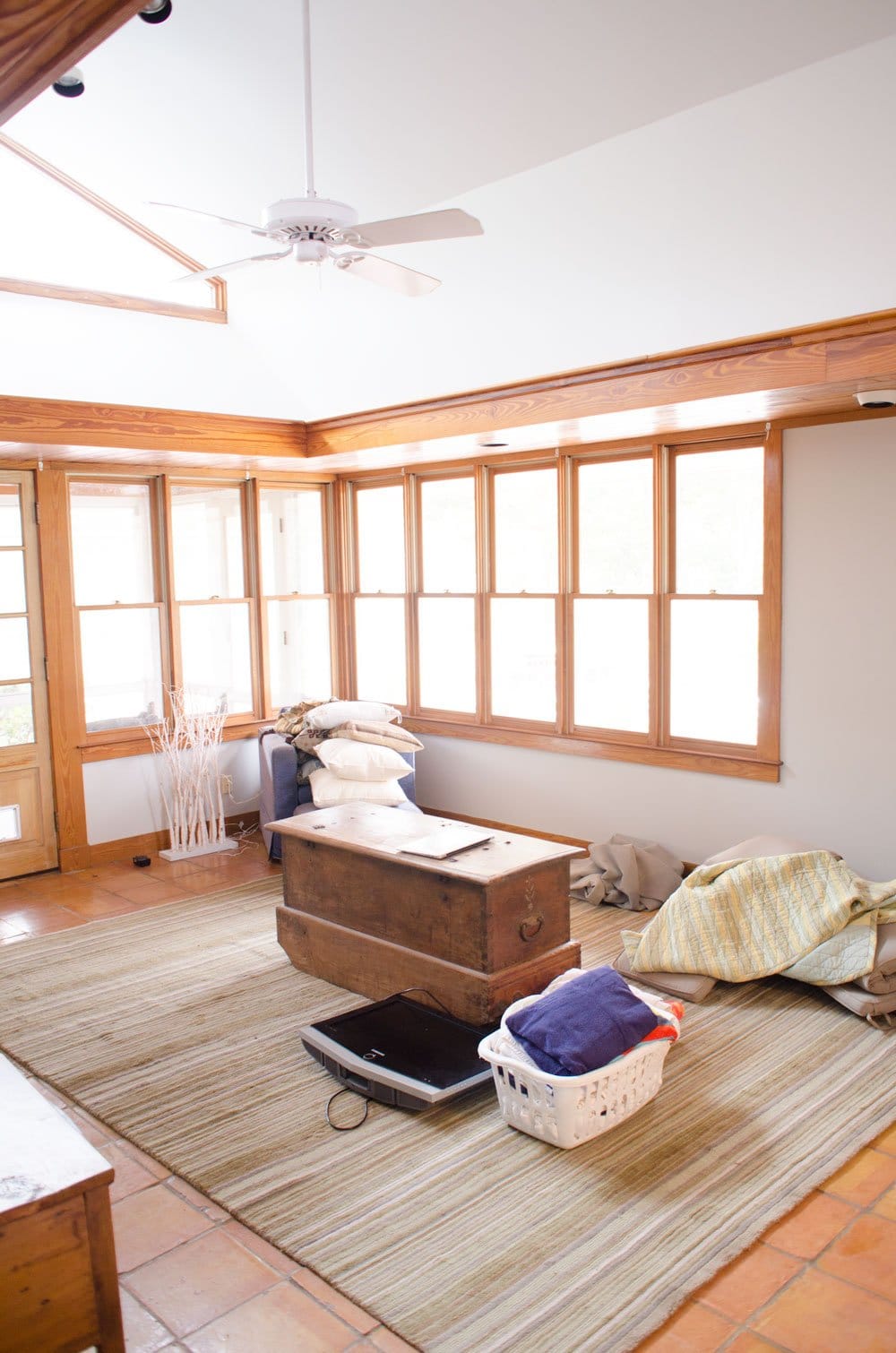 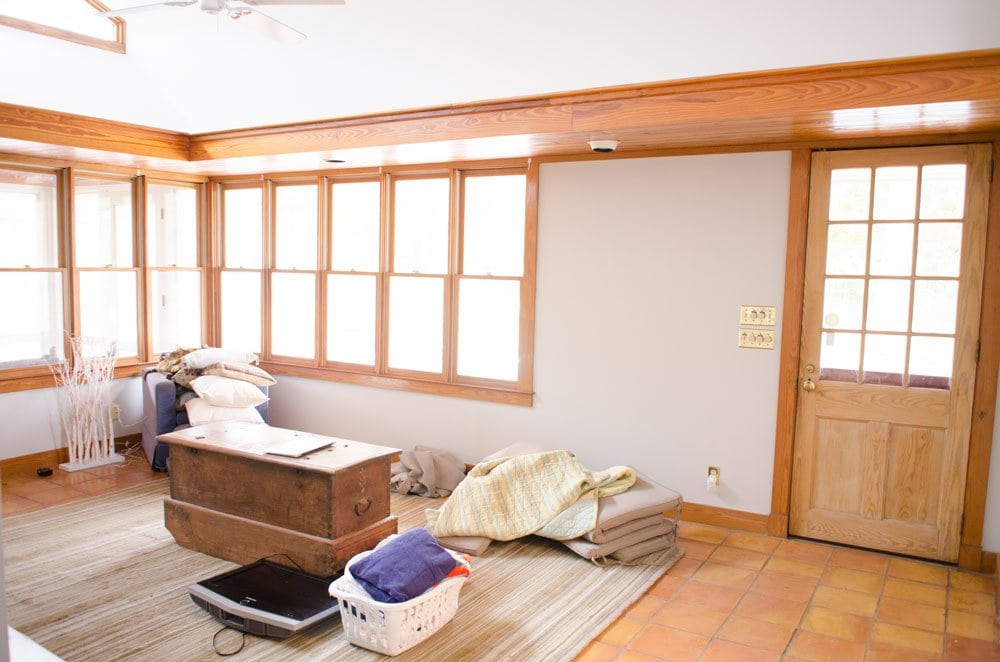 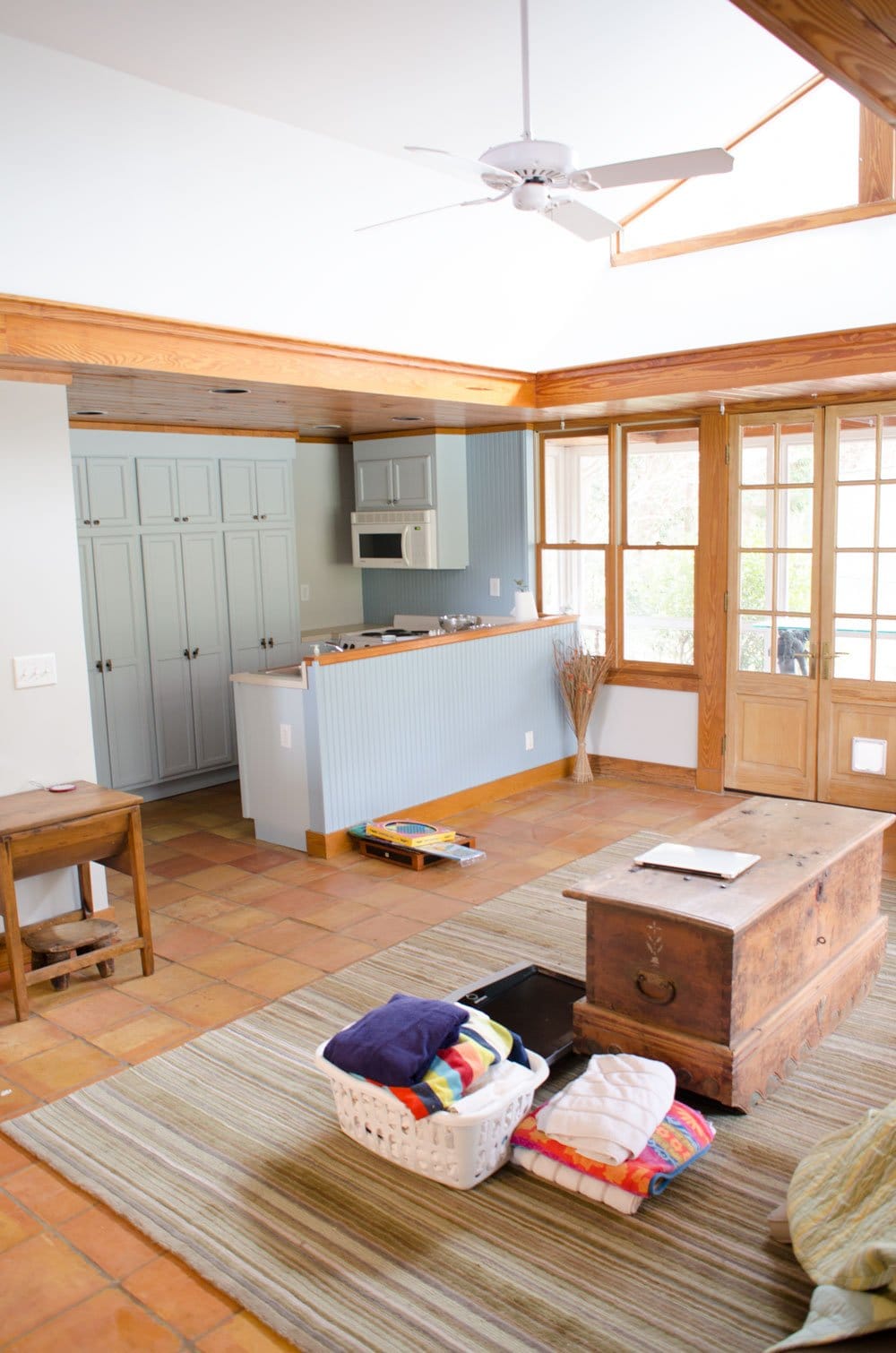 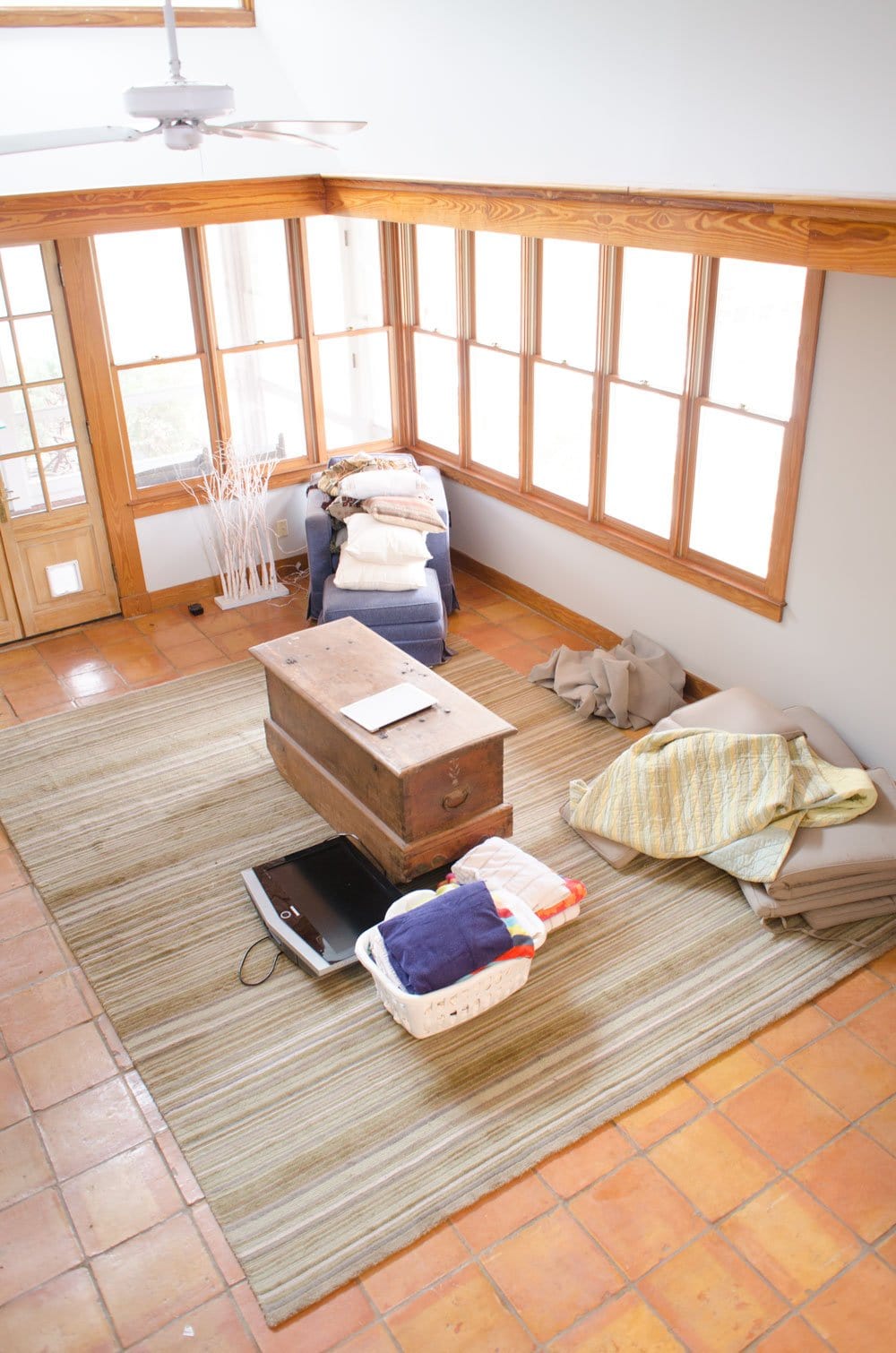